Business and Economy of Sambalpur

Sambalpur, a well connected and networked city of Odisha, has a major portion of its land covered with forests, while other major segment is the land under cultivation. It is the second highly populated city of Odisha, and is known to be rich in a lot of minerals. 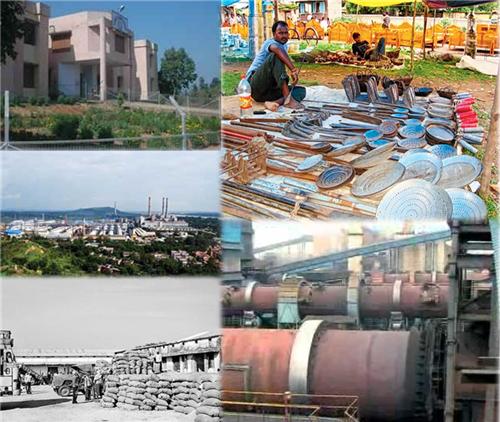 If one goes the details about the geography of Sambalpur, he will realize that forests and agriculture contribute majorly to the economy of this city. The forest along Sambalpur and nearby places have contributed majorly to the growth and development of this city, promoting its economy. Apart from forest and agriculture, export is another area owing to which Sambalpur has furthered its economy. With industrialization, the economic channels for Sambalpur have spread to mineral based industries. Sambalpur channelizes its economy through textiles too.

As of 2011, the total land under cultivation in Sambalpur is about 18000 Hectares while the area under forest is about 363000 hectares. Livestock and poultry also provide a source of economy and livelihood for those living in Sambalpur. Sambalpur is known to breed animals like cows, buffaloes, goats, pigs and dogs to earn their living.

With the amazing development in both communication as well as transport channels in Sambalpur, one can see that export has become a hot area as far as Sambalpur economy is concerned. The item that is majorly exported from Sambalpur includes sponge, iron and steel. Textile is one area that is majorly favored for export. Sambalpuri sarees, are not just famous within India, but are one of the major sources of global export too. Handloom has created a distinctive place for Sambalpur in the map of India. Apart from these sarees, Sambalpuri Kendu leaves, that is majorly produced in this region, is considered to fetch heavy income when exported. For Odisha, Kendu leaves are equivalent to green gold.

Sambalpur has also served greatly in diamond trade. Exporting diamonds was one such major economic affair that led to economic success of this city. Today, export of minerals like Alumina and power has majorly boosted the economy.

According to the data of 2011, Bauxite, Coal, Dolamite, Graphite and Coarse Crystal Quartz are majorly found in Sambalpur. The production of coal is about 2907 tones, while that of Chinaclay is about 6200 tones and that of graphite is 8085 tones, as per a data from 2011.
The total land area in Sambalpur that has been allotted for Industrial growth is close to 9.918 acres. There are about 5990 industrial units of which only 1258 are registered units. In SSI industries, the total number of workers is about 38615.

The large scale industries in this land are mostly mineral based industries. Names such as Hindalco and Viraj have their bases in this city. One will not find any medium scale industry in Sambalpur. Handicraft is another industry that is prominent in Sambalpur. Major crafts which include Bamboo, Dhokra casting and lac bangles contribute towards economy from handicrafts. The number of artisans practicing this craft is relatively less. In the coming years, service based industries will also come up in Sambalpur, as there is potential for the same.