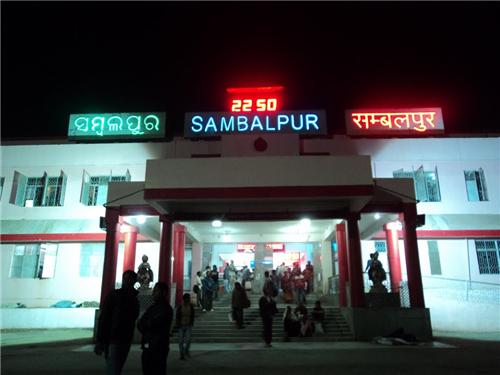 There are no airports in Sambalpur. But, there are airports in cities like Raipur and Bhubaneshwar, that are quite close to Sambalpur. Recently a new airport  has been constructed at Jharsuguda which is in close vicinity to Sambalpur.

Sambalpur offers a well connected and facilitated road transport. Connecting buses are available for road transportation of the people. The major roads flowing from Sambalpur connect the town to small towns like Chipilima, Huma, Lasara, Rengali, Sason etc. These major roads are expected to connect all the towns within the Sambalpur district and outside. In fact, road transport to Jharsuguda is pretty convenient and comfortable. Apart from Jharsuguda, the road connectivity with Bargarh is also pretty good. Private buses run along the Sambalpur-Jharsuguda route every 10 minutes while they run along the Sambalpur-Bargarh route every 15 minutes.

The two important national highways namely the NH6 and NH42 connect Sambalpur to Deogarh and Charmol respectively. Apart from this, the State Highway 10 also has a massive presence. It has been recently upgraded from being a two lane highway to a four lane highway. In some cases, it has been upgraded to the six lane highway too.

Railways cover an important aspect of transport facilities. There are four railway stations in the Sambalpur district at major destinations like Sambalpur (Khetrajpur), Sambalpur Road, Hirakud and Sambalpur City. The railway station for Sambalpur City is routed along Bhubhaneshwar Jharsuguda line while the other three stations are routed along the Jharsuguda-Bargarh line. Sambalpur connects with all the major cities and metros of India through the railways. Mostly direct trains run along these major towns. Of course Sambalpur does not provide any direct connectivity with Dehradun, Indore, Lucknow or Guwahati.

Major Trains to and from Sambalpur